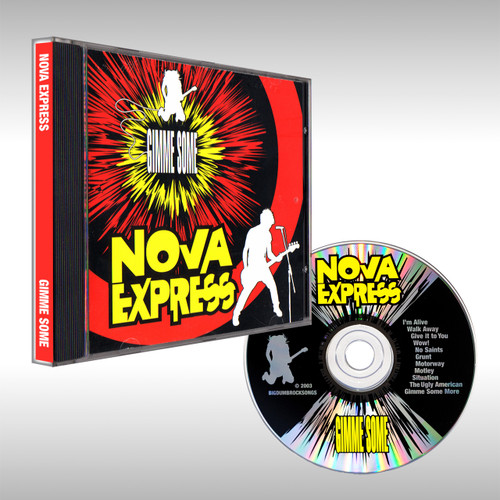 Yep, before the hot pink yoga mats, the high-water pants showing off girly-man socks and the smug bearded faces tightly affixed to iPhones walking around the hood, there was actual PUNK ROCK in the Lower East Side!

Nova Express! A collaboration between Born Loose members Michael Douglas Mehl & Eric Robel from 1999-2003. This limited pressing of 1000 CD copies back in 2003 were thought to have been long gone until a remaining box of 100 copies were found recently in a abandoned Lower East Side sidewalk basement!

Featuring some of the best guitarists from the neighborhood at the time: Suke from BORN LOOSE/CANDY SNATCHERS/SNUKA, Danny Mackane of the fantastic DANNY MACKANE BAND, and local hero David Acampora. This is true Lower East Side Punk-Rock-N-Roll! Recorded at the world famous Loho Studios and mixed by the great Joe Hogan!