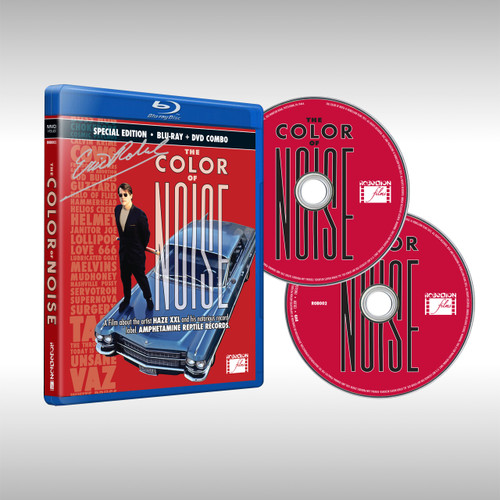 Amphetamine Reptile Records or “AmRep” was the record label that all others would aspire to in the 1990’s. US Marine Tom Hazelmyer started producing records for his own band HALO OF FLIES in 1986 and sold them from his locker via mail order to obsessed punk rock record collectors around the globe. Five years later Hazelmyer would be releasing material from the most powerful and outrageous performers the world would ever witness. Never looking back and armed with a unrelenting work ethic, Tom would find his personal identity as a graphic artist known as the man behind the sheer visceral power of the label’s art direction. Flash forward 20 years later while recovering from a near death experience, the fine artist HAZE XXL would be born.

This is the long awaited story of one of the most important chapters in American Punk Rock history. Over 50 interviews by the band members, the poster artists, the taste makers and the critics edited meticulously with stunning graphics, rare archival footage and the music that made AMPHETAMINE REPTILE RECORDS famous. Robellion Films proudly presents THE COLOR OF NOISE theatrical cut in this two-disc special edition Blu-ray/DVD combo, loaded with extras!